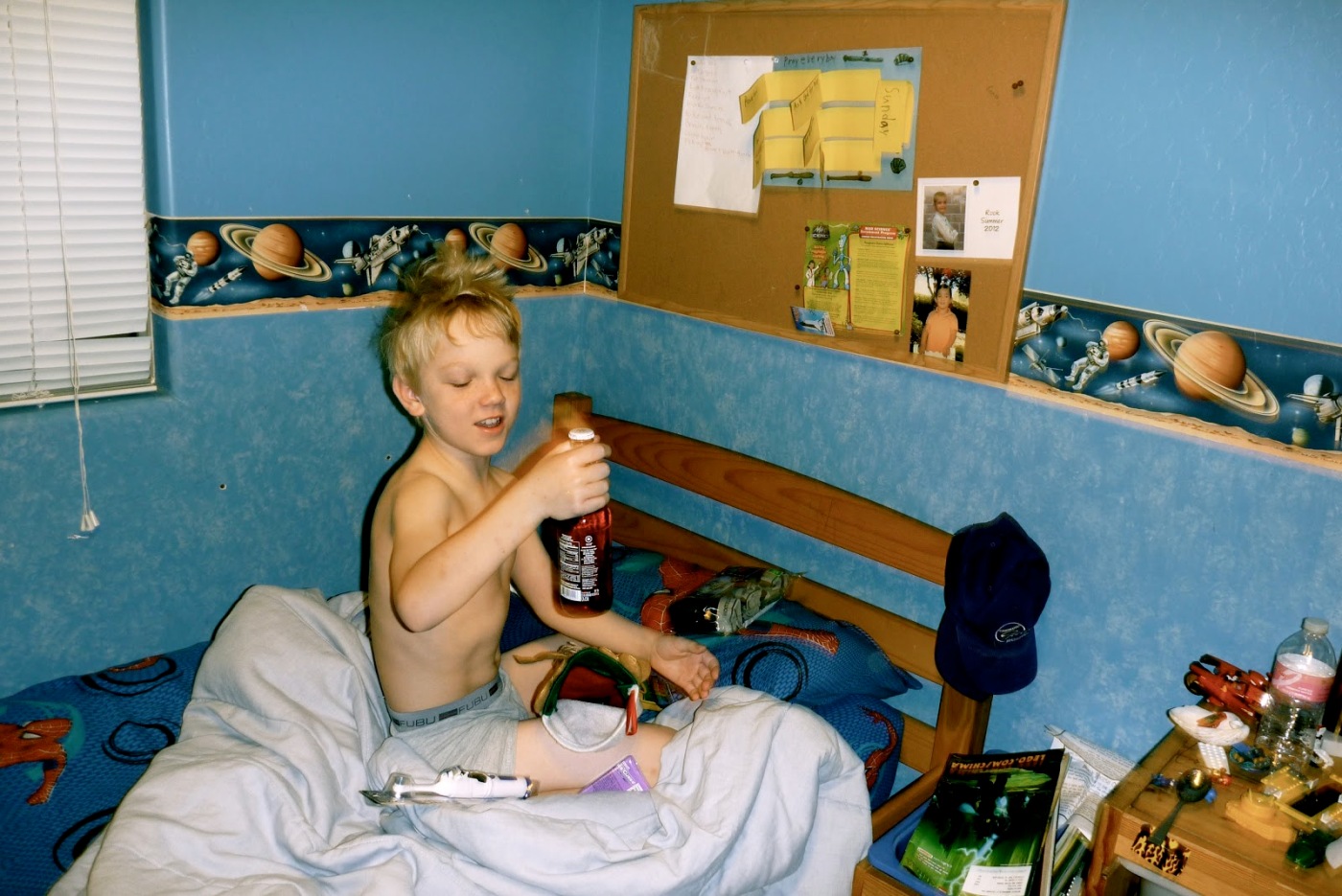 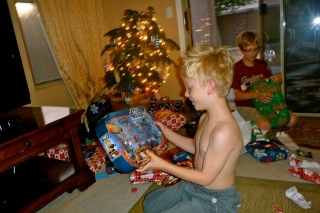 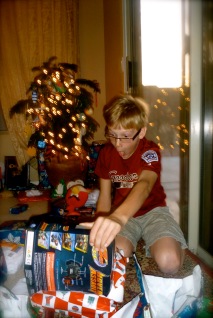 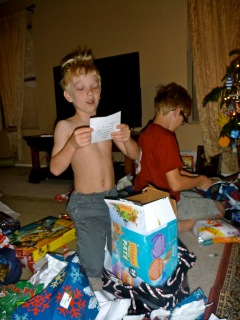 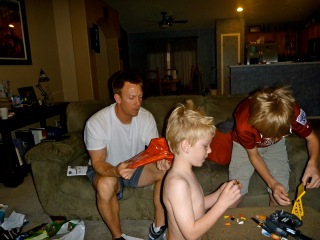 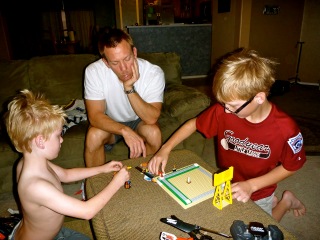 Twas the day after Christmas and all through the house… everyone was doing their usual thing.

But as I look back over the last month (which flew by at record speed) I’m glad we did things a little differently this year.  I hope it’ll be even more different next year.

All those gifts under the tree that crowded out the nativity scene aren’t there now.  They produce sounds of glee and smiles and excitement for about an hour and then came the complaining.  One boy came out of the bedroom tattling on the other, “Mom ___________ says this is the worst Christmas ever.”  It’s no fun seeing and hearing the evidence of the fallen creatures we are come out of your children.  The self-centered twist from the Christ-centered way is in all of us.  Even our children.

This could evoke punishment, anger, rash-consequences… all of those rose up in me like embers from a flame and then fell like ash.  Then grace and truth like a faithful friend rose up and I called the erring boy to my side.  He confessed with tears, knowing the very words that were coming out of his mouth were evidence of the poisonous wound deep inside.  He spewed out all the reasons why.  He didn’t like this.  There weren’t as many as last year.  And the tears flowed and shame filled the air thick.  There was the option of using shame against him, rubbing his nose in it, taking presents away, etc., but that Paraclete moved me forward and I lifted his quivering chin and looked into his guilty eyes and said, “This is in all of us son.  This is selfishness and its in us all and its not the way God made you to be.”  His tears flowed more, truth and grace are like keys unlocking the guilt and letting the flow of sadness over sin come.  “Why are you crying son?”

“Because I know what I did wrong.”

“You know, God gave a gift and we did the same thing to his gift too.  He gave us His Son but many people refuse the gift of God.  They don’t like it.  It’s not what they wanted.  It’s not something they can unwrap and hold and play with so they don’t want it.”

Tears start to clear.  Head begins to lift.  Thoughts are turned towards the truth.  And quietly it sinks in.

“You know what to do to stand against that selfishness in you?”

He shakes his head.

“Be a giver.  And give thanks.  Some things people give you, you may not like, you may not want, but be a giver.  Give thanks.  Think about how they wanted to give to you.  Give thanks for them wanting to give.  And remember those people who got chickens and rabbits and a water filter from us?  I bet they are sure glad someone gave to them.  The more you are a giver the more giving will be a gift to you.”

I’m sure much of that conversation was not understood.  But it was a seed planted.

This year Ann encouraged me to take these words of His and receive them as His preferred birthday present.  So I did.  And I took that seed of truth to the hearts of my boys and planted it there.  And they seemed to get it, after all, they have birthdays, and on their birthdays they get gifts.  So what He wants for his birthday was something they could understand.  They wanted to give Him a gift.

This year the Jesse Tree grew and the tradition took on more permanence even amidst opposition.

This year giving to each other took on a from-the-heart quality.  The boys made a Lego game for their dad out of Lego’s they already had, and they did chores to earn a 7 and 9 year old’s wage so they could pick out a gift they wanted to give to each other.

And after it was all over, and all the trash from the torn paper and boxes were thrown out, I looked and there was the scene and I heard the words:

The grass withers and the flowers fade, but the word of our God stands forever. – Isaiah 40:8

God’s word, the Word made into flesh… lastly God spoke to us in His Son, and if we’ve seen the Son, we’ve seen the Father.  Immanuel.  God with us.  The incarnation of the Savior of the World.  He endures forever.  Past the gifts.  Past the complaints. Past the lessons. Past the day after Christmas.  Oh what a steadying, secure, confident and calming anchor we have in heaven while we endure the sin and fleeting feelings and thoughts in the world!

Your kingdom is an everlasting kingdom, and your dominion endures throughout all generations. [The LORD is faithful in all his words and kind in all his works.] – Psalm 145:14