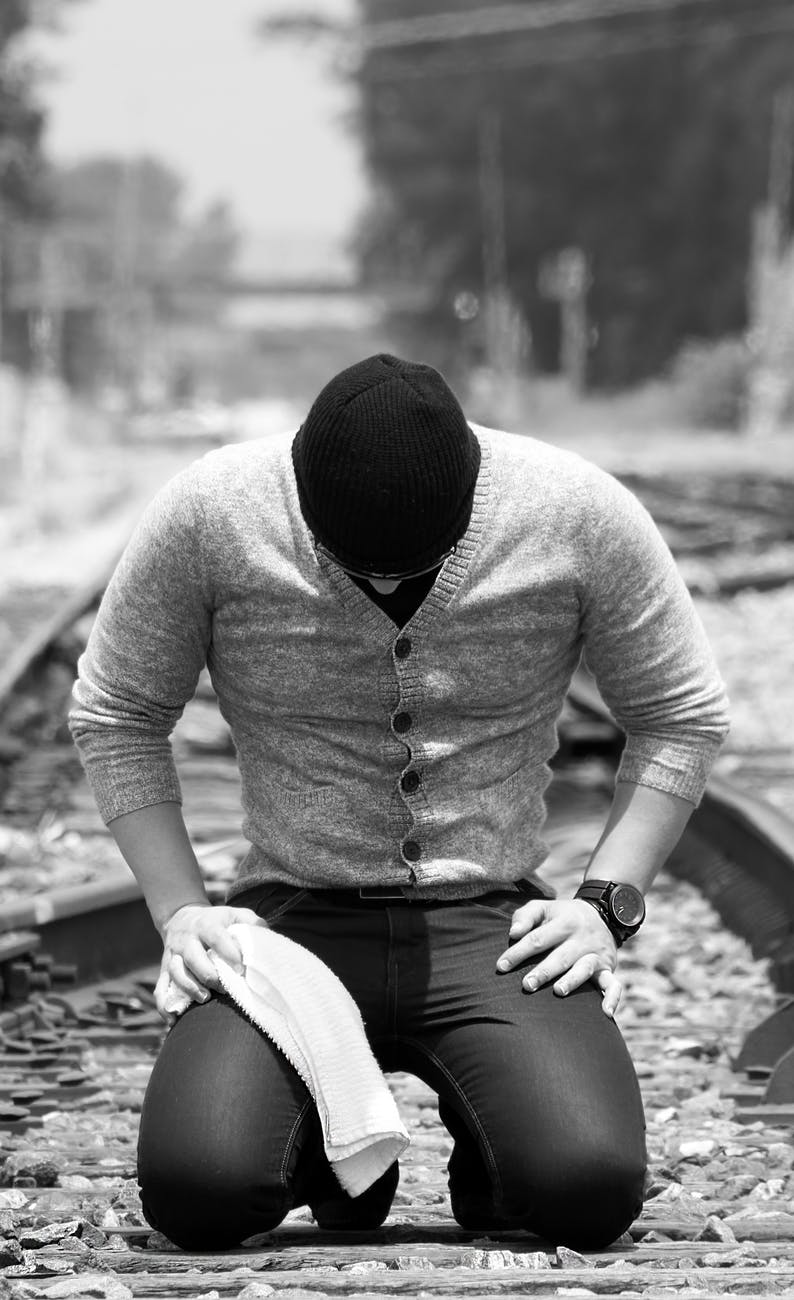 I’ve been wrestling with how to put to words what God has been teaching me about my identity from John 13 for the past year.  Yesterday I found someone with the words I’ve been looking for.

In the Preparing our Hearts for Easter: A Lenten Devotional, day 38 titled, “The Washing” the author writes reflecting on the passage in John 13:

“Often when we consider loving someone, we think in terms of actions and behaviors.  We ask ourselves, ‘What’s the loving thing to do?’ But Jesus’ unexpected, self-effacing act of service leads us to ask the antecedent question, ‘Who am I?’  Without first asking this question, we can unknowingly place limits on our love because we are not operating out of a gospel-transformed identity.  For example if we functionally see ourselves as orphans needing to look out for ourselves instead of as God’s beloved children, we will limit our generosity towards others out of fear of not having enough.  Likewise, if we think we are righteous by our own hard work, there will be boundaries to the way we are willing to serve others because pride keeps us from serving those who ‘aren’t deserving’.”

Last year around this time I was walking through another fiery trial in my hard marriage.  One I didn’t think I could endure without ending the marriage.  But when I read John 13 I felt this conviction that if I knew who I really was; if I knew my “gospel-transformed identity”, I would be able to walk through it in a redeeming way.  In John 13 the Bible very specifically points out four things Jesus knew about himself in the hours before his betrayal. The Bible says he knew where he came from (John 13:3), where he was going (John 13:3), the authority he had (John 13:3), and what he was here for (John 13:1).

As a Christian my identity has been transformed by the gospel.  The old me has passed, and the new me is being developed day by day.  The old me was dead to God, a slave to sin and not able to serve anyone out of the riches of my freedom.  The old me was only able to do whatever I did, even what looked like service, to protect myself, build myself up and hide from the ugly truth that I was rotten on the inside. But the new me is alive to God.  My eyes have been opened by the gospel to the beauty and worth of Christ and I love him!  Even though I’ve never seen him!  And this Jesus I’ve never seen has transformed me from the inside out so that I can function in life from a position of knowing that nothing, no sin, no suffering, not even death can separate me from being an heir of all that is Christ’s (Romans 8:17). Because of Christ, I can know where I’ve come from (1 Peter 1:3), where I’m going (John 14:1-3), the authority given me (Matthew 28:18-20), and what I’m here for (John 13:34, Galatians 5:13).

We’re about to enter Holy Week.  The week when we remember the sufferings Christ walked through to atone for our sins and make it possible for the Holy Spirit to take out our old, insecure, dead-to-God hearts, and make us alive the way we were meant to be when he made us in the beginning.  But we would skew the redeeming message of the Holy Week, and turn the gospel into a sin-enabling, victimization of an innocent man if we fail to recognize with Jesus that no one took his life from him (John 10:18).  He laid it down willingly.  And he took it up again.

This Jesus who was about to face a humility and suffering no one has ever known was able to take the position of a servant and wash the feet of his disciples who misunderstood him at best and betrayed him at worst. He was only able to do that because as the Son of God he knew nothing that happened to him here and no low position he took could take away the life that was about to burst forth from his brokenness.  We are not very God of very God, but we are, by miraculous grace, sons and daughters of God through faith in Jesus Christ. That position is unshakable.  And from that position we are called to follow Jesus’ example in humbling ourselves here, serving others and exposing sin with the desire for reconciliation.

How does this apply to walking through a very hard season in my marriage? It applies in how to forgive sin and not ignore it, how to submit to one another and not be an enabler, and how to live the way redeemed sons and daughters of God live in relationships with others.

Taking up our cross and following Jesus in serving others and dying to ourselves from a position of knowing who we are in Christ will produce gospel fruit and redeem lives. It’s the promise of God. But like our Forerunner, we will be accused of being a victim or enabling sin or defying authority.  The key is to not actually fall into doing those things.  And the difference between actually doing them and being accused of doing them is a matter of knowing who we are.  I think this is why 1 Peter says if you find yourself not growing in the character of Christ it’s probably because you’ve forgotten who you are (2 Peter 1:9).

The riskiest thing humans do is get close to other humans.  It’s risky because people hurt us, betray us, misunderstand us.  The only way this risk is worth taking is if nothing others do can diminish our identity as beloved children of God.  If we have the heart of God beating in us, we can loose even our lives serving others and it will never be for nothing.  When we’ve been transformed by the gospel we can walk through hard things in our relationships, humbling ourselves, exposing sin like Jesus did with Peter and Judas, leading by example as a servant, because we aren’t victims we’re victors (Romans 8:37). We aren’t enablers we’re ministers of reconciliation (2 Corinthians 5:11-21).

When he had washed their feet and put on his outer garments and resumed his place, he said to them, “Do you understand what I have done to you?  You call me Teacher and Lord, and you are right, for so I am. If I then, your Lord and Teacher, have washed your feet, you also ought to wash one another’s feet. For I have given you an example, that you also should do just as I have done to you. -John 13:12-15