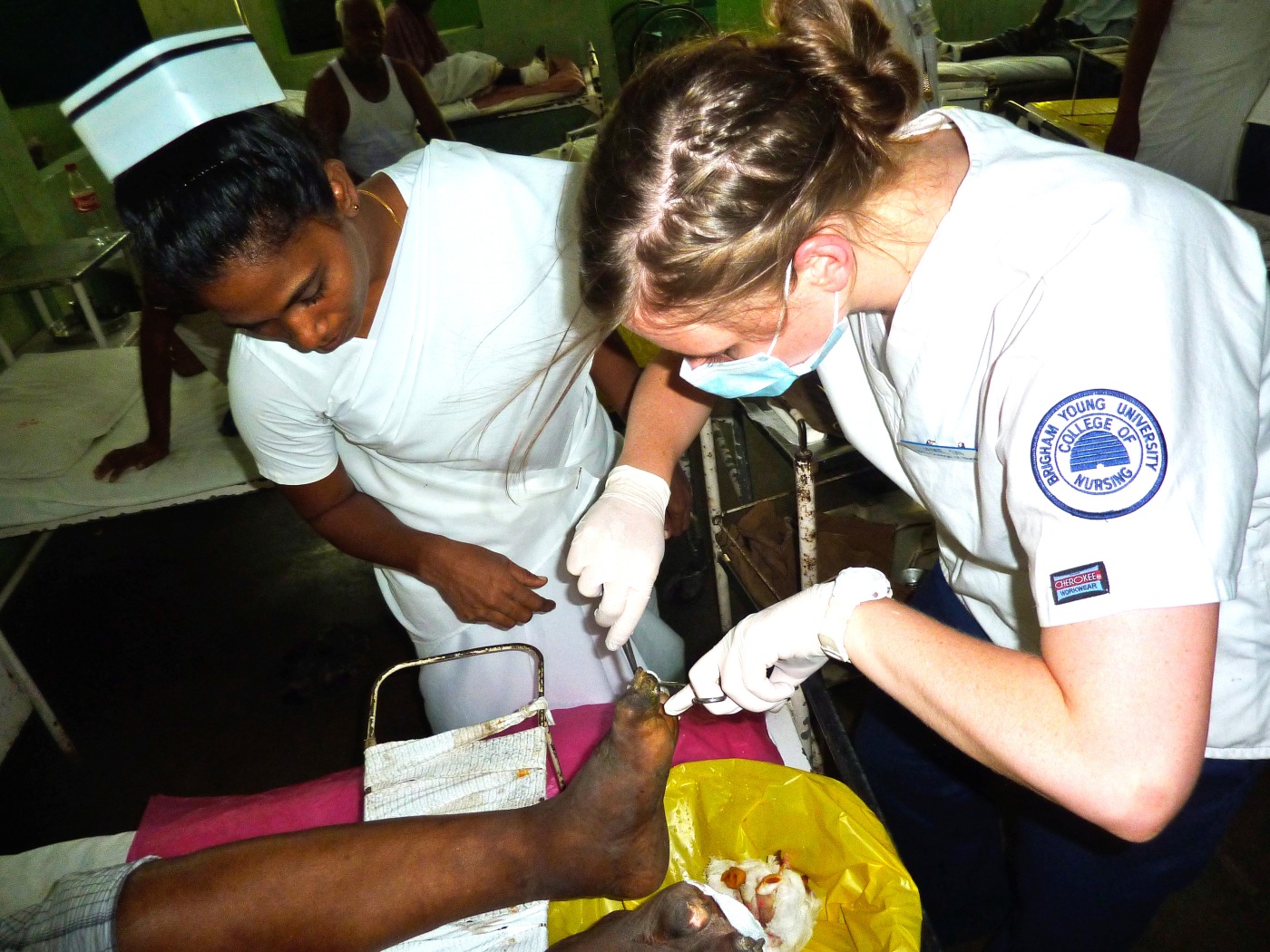 The idea of serving others in Christianity is unique in that it’s not the lowly who are called to serve because of their low position.  The call to serve is for those who would be the greatest.

When Jesus was describing the unique way his people would lead, he said:

“You know that the rulers of the Gentiles lord it over them, and their great ones exercise authority over them. It shall not be so among you. But whoever would be great among you must be your servant, and whoever would be first among you must be your slave, even as the Son of Man came not to be served but to serve, and to give his life as a ransom for many.” ‘ Matthew 20:25-28

Christ, the King of kings, said he did not come to be served but to serve, and to give his life as a ransom.

Nurses in pre-structured nursing history were seen as the dregs of society.  They were prostitutes and “ignorant [women] who [were] not fit for anything else.” (Draper, 1893/1949, p.51).  The idea behind the nurse was that they would have to do what no one of upstanding or honorable report would want to do.  No one would want to clean up vomit, or bath a rotting body, or clean an infected would, or wash feces from an elderly persons perineum. The world saw nurses as “low” people fit to do “low” things.

But Jesus said that it’s the great people who do the “low” things.  He himself did what the society around him considered menial and too low for a man, much less a rabbi and surely not for the Son of God. He washed the feet of his disciples, including his betrayer. He touched social outcasts with leprosy and applied healing treatments to the eyes of the blind.  He spoke to a woman who’s “issue of blood” had separated her from society, called her daughter and healed her.

God’s work, as manifest in his Son, is to go low to lift others up.  God doesn’t go low because he’s ignorant or unfit for anything else.  He goes to the poor, the outcast, the broken, the ill, the foul-smelling, bleeding, blind, diseased and dying and he reaches into their need to lift them out of despair and hopelessness.

Nurses do God’s work.  And they are not ignorant men and women unfit to do anything else.  They are honorable, knowledgeable, skilled, professional and educated and from their high position they do a work that is like the work of the Servant-King who laid down his life that others might be healed.