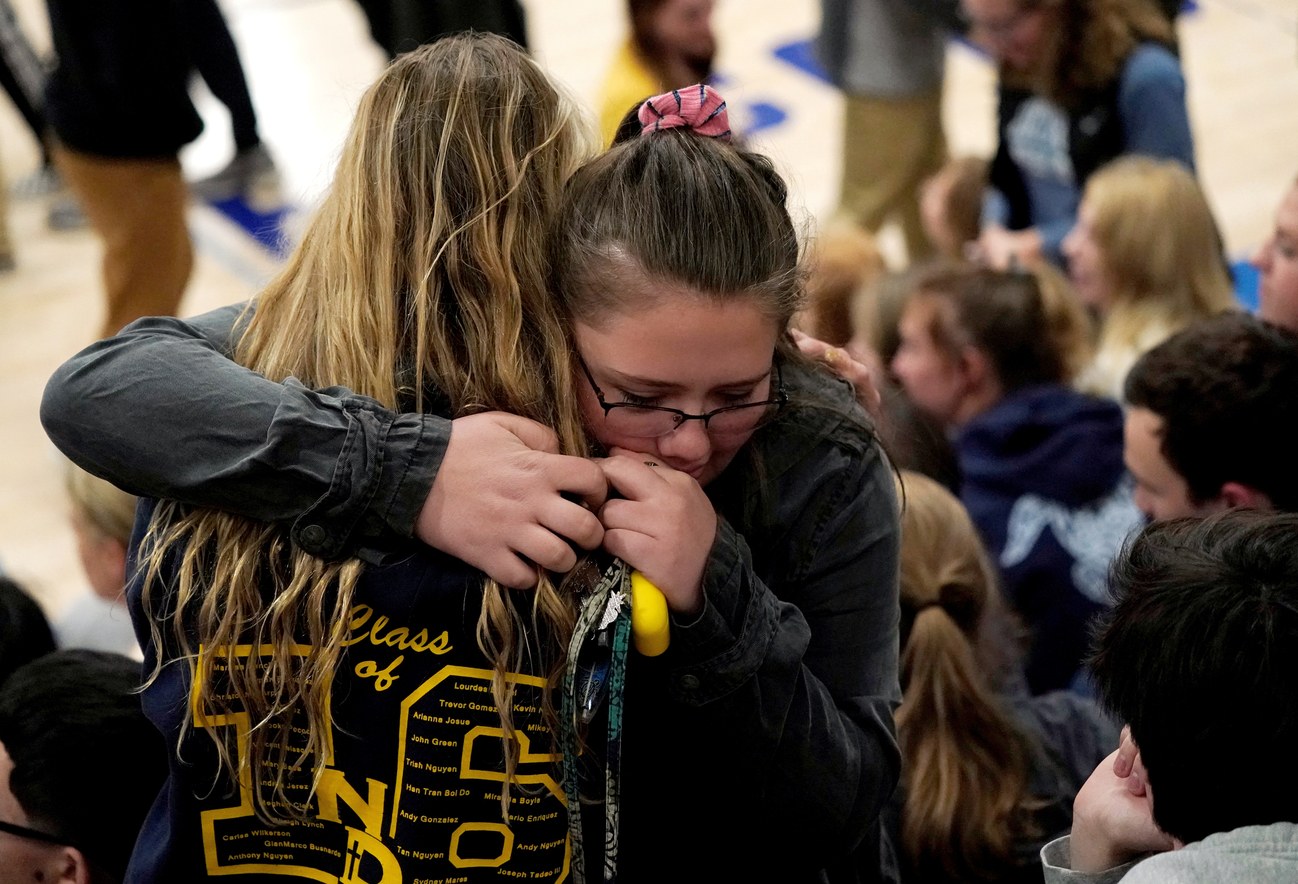 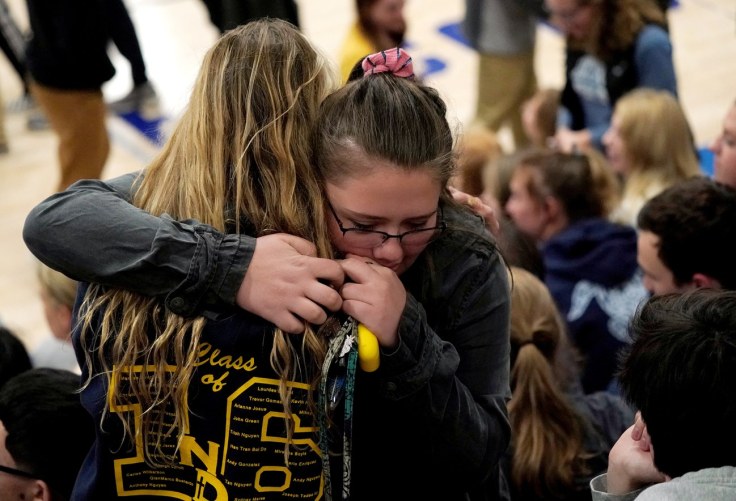 Honestly, I don’t want to send them. I want to hide them in a bubble of safety and happiness. But I have no such magic powers.

Yesterday a group of youth were in my backyard making the most fun they could out of the heat with sprinklers, a tarp, dish soap and a nine-square frame. As they were leaving I said, “I’ll be thinking of you all this week,” and I meant it. I remember being 14, 15, 16 and 17. Those years were the curb in the road that changed the direction of the rest of my life. Those were the years I was most confused. Those were the years I lost a friend to suicide and took a bunch of pills to try and sleep away the pain. Those were the years I tried to fit in by being different. Those were the years Jesus found me and named me and made me brave. The boys and girls who walked out my door yesterday will face all kinds of hard things in the years ahead. A mass shooting could be one of them. Lord, please keep them!

Moms and dads, you and I don’t have any magic powers to keep our kids from walking into a place where a mass shooter or any other evil might show up. We don’t even have the power to keep the evil of a demeaning lash at our kids from creeping out of our own hearts onto our tongues. We desperately need a hope bigger than the control we think we have or want to have in our kids’ lives. Join me today in committing to doing these three things. Not because they are part of the formula that’s sure to produce a safe, happy and godly child. But because the God who gave his son over to death to save us, calls us to take up our cross and follow him. Death will not win when we take the road that follows Jesus through death to resurrection.

Don’t hide the Jesus that died for your sin and the sin of your children from your kids!

I don’t know the circumstances around the writing of Psalm 78, but the writer calls the reader to remember all God has done for them despite their faithlessness. He reminds the reader that God has commanded his people not to hide the hope we have in God from the next generation.

Moms and dads, our kids are not going to hear the hope their souls long for in the world. They need us to tell them!

I think so many times we as parents fail to have frank conversations with our kids about Jesus because we are trying to create some ideal family devotion time. And for many of us, that ideal situation is never going to happen. I know in my home we don’t do family devotions. And sometimes I realize I haven’t mentioned Jesus or what he’s doing in my life, or a truth I’ve read in my Bible, to them for days! There’s something very spiritual-battle-ish about calling your kids to put down their screens, or stop for just a few minutes from whatever habits have taken over our lives, to look them in the eyes and say, “I want to talk to you about Jesus.”  I know the first time I did this I got some mocking and eye-rolling and deep sighs. Push through it. Don’t let their faces keep you from telling them the truth. Don’t hide the gospel from your kids just because they make funny faces.  They need to hear about their only hope- Jesus.

Listen to Them Tell You About Things That Seem Silly

I wonder if when Jesus picked up those kids the disciples were trying to keep away from him, they shoved some handmade toy they were playing with in Jesus’ face. I wonder if they wanted to play with his beard. I bet they did and I bet he listened and let them. I’m sure he didn’t say, “Go away kids! I’ve got important things to do.”

My sons talk about their quads and the fishing lures they’re using and the kind of reeds they need for band and the kind of stretches they’re doing for baseball and the cool car they’re driving in a video game. None of those things grab my attention. I’m thinking about bills and plans for work and school and church and groceries and relationships and concerns for friends and family. But as I read somewhere once, if I want my kids to want to listen to me, I must be willing to listen to them. They need to know I care about them where they are. That doesn’t mean I have to throw responsibility to the wind and play video games with them all day long, but it does mean listening to what has them so enthused, they’re willing to tell you about it.

Proverbs 20:5 says, “The purpose in a man’s heart is like deep water, but a man of understanding will draw it out.”

If you want to draw the purposes God has for your child out, listen to them. Listen for what God is doing in them. Listen for evil thoughts they may be listening to. Thoughts like, “Nothing matters.” “No one cares.” “Nothing I do makes any difference.” The only way you’ll hear those things and sense those deep waters churning in their hearts is if you take the time to listen to the surface things that seem like no big deal.

Talk About the Hard Things

It drives my kids nuts, but when the thought crosses my mind I’ll randomly ask them, “How are things going with your friends? Are any of them doing drugs? Are you using drugs? What sins are you struggling with? How’s your relationship with God? Do any of your friends worry you? How are you feeling? What are you hoping for? What’s your goal?” I don’t pester them with one question after another. Actually I have. That doesn’t work. Don’t do that. But I don’t refrain from bringing these questions up just because my kids respond with disdain. Pray for wisdom, and ask questions.

You know what can’t grow in the light? Evil. My kids might hate it that I talk with them about sexuality, drugs, alcohol, parties, shootings, violence, sexual abuse, pride, sin and suicide, but I refuse to let the evil of those things do to them what they have done to so many in seclusion. If they face confusion about sexuality, drug use, violence and suicide in their life, I want them to face it armed with some wisdom and truth and the knowledge that none of that will scare me or Jesus away. I want them to know there is hope in Jesus, even when sin has caused so much damage. I want them to know when things seem hopeless, there is hope and if they can’t see it at the time, I’ll see it for them and stand guard until they pass through their shadows.

Parents we can’t control the circumstances our kids are going to face. But we can refuse to be passive in the face of evil. We can stand at the gates of hell with our kids and fight for them on our knees in prayer, and with the truth to their faces, and with open ears and fearless presence. Jesus can redeem anything. We must show our kids Jesus.