For about 1/3 cup of cream from my goat’s milk, and 5 minutes of effort, I got about 2 tablespoons of butter.  It was a fun experiment.

Goat milk is naturally homogenized, so the cream doesn’t separate as easily from the milk as with cow milk.  I could use a cream separator, and maybe I will at some point in the future when I’m getting more than a pound or two of milk a day.  For now a spoon, small jar and some shaking will work. 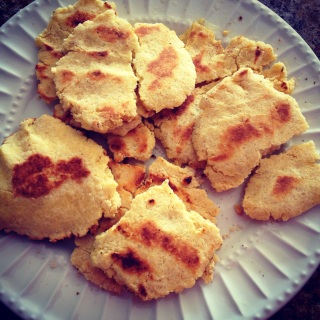 I also made Caldo de Pollo and a Whole30 allowable flatbread to dip in the soup.

The soup is one of our favorites and you don’t have to slave over a stove all day either.  Boil a whole chicken in a large stock pot.  Add your favorite veggies ( I used onions, carrots and chayote squash) and spices.  Simmer for a few hours till the meat is falling off the bone and serve topped with avocado, cilantro and a lime wedge.  Deliciso!

The flatbread was a throw together last minute idea when I was craving cornbread to dip in my soup.  It doesn’t get top scores for moistness for sure.  But, for a dip in soup it turned out pretty good.  Can’t share a recipe on this one cause I didn’t measure anything.  I threw handful of coconut flour, a handful of almond meal, a couple dashes of salt, a couple dollops of coconut oil, and four eggs in a bowl, mixed until it formed a masa-like texture, flattened a ball of it in my hand and toasted in a skillet over medium heat.

Buck goats make great entertainment when it’s not rutting season and they don’t stinketh to high heaven.  This is our buck Duke.  He’s a total crack up and I got a few funny shots of him I had to share. 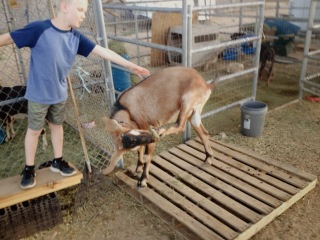 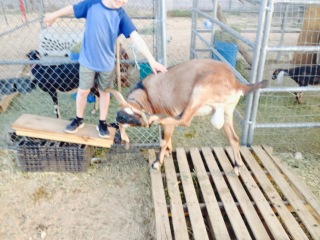 When you gotta reach that awkward place to scratch that itch that just won’t quit and you’re a buck, uh, it’s a little embarrassing. 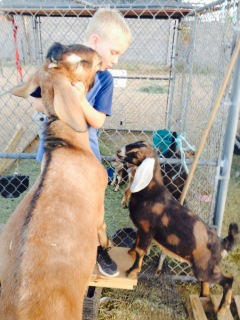 Do your ears hang low? Do they wobble to and fro? 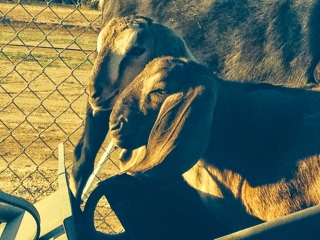 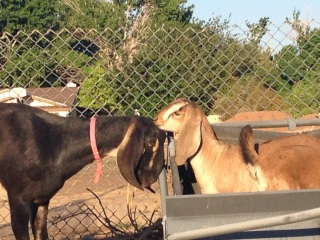 Darla and her Daylight
Quieted,
Sheila